Exploring Three Dimensions of Faith Encounter, or, How Have You Grown as a Jew Lately? 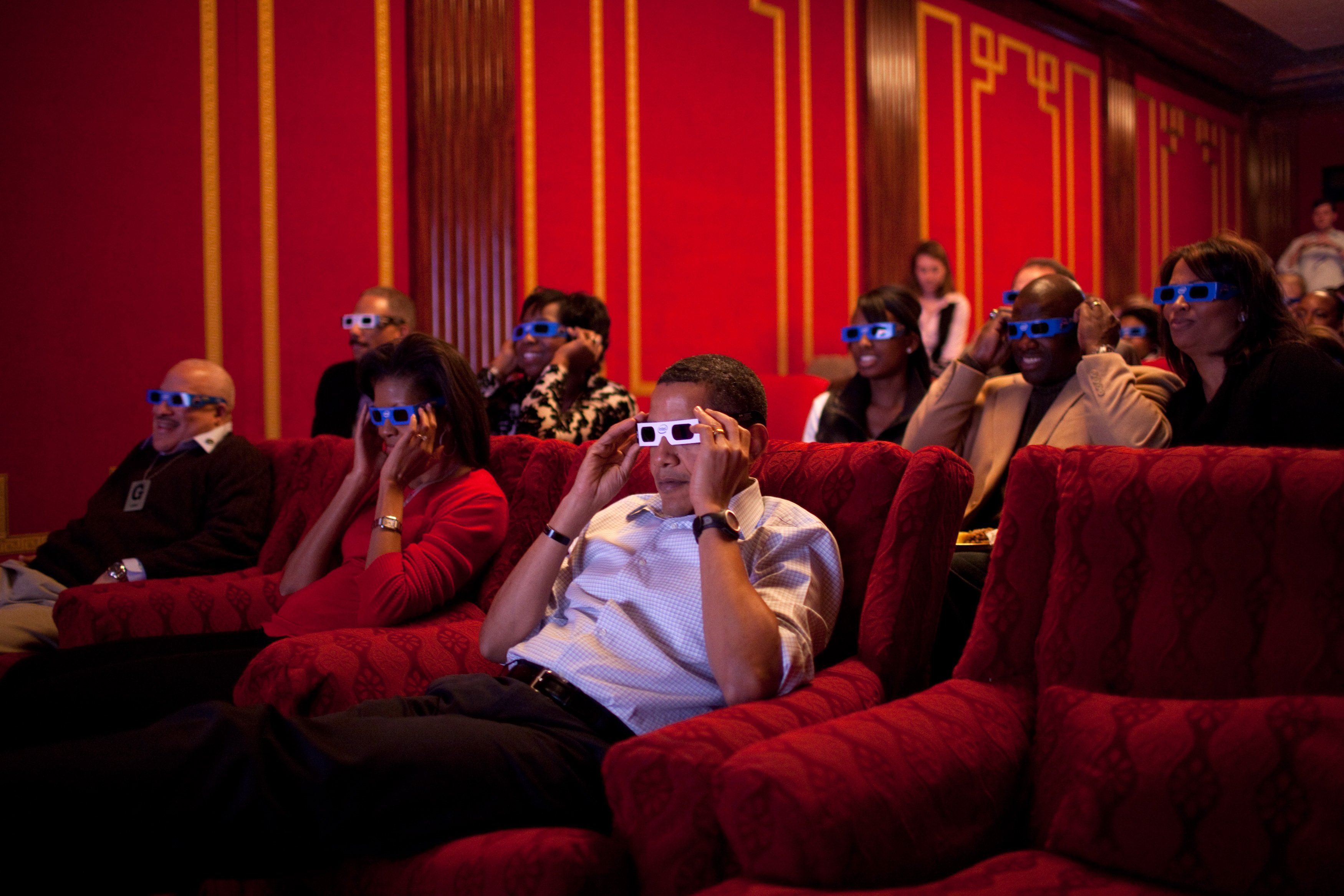 The waters returned and covered the chariots and the chariot drivers, the entire army of Pharaoh that had followed them into the sea; not one of them remained. But the Israelites walked on dry ground through the sea, the waters forming a wall for them on their right and on their left. Thus the Lord saved Israel that day from the Egyptians; and Israel saw the Egyptians dead on the seashore. Israel saw the great work that the Lord did against the Egyptians. So the people feared the Lord and believed in the Lord and in his servant Moses.  Then Moses and the Israelites sang this song to the Lord: “I will sing to the Lord, for he has triumphed gloriously; horse and rider he has thrown into the sea. The Lord is my strength and my might, and he has become my salvation; this is my God, and I will praise him, my father’s God, and I will exalt him (Ex. 14:28-5:2).

Many of us came to faith in the Living God through personal crisis, a time when God had our full attention and we experienced some sort of divine intervention. Others of us, even apart from some crisis, had one or more experiences or realizations that pointed us inescapably to God. In either case, we came to the point in our lives where we said “This is my God and I will praise him—I recognize this thing that has happened, this chain of circumstances, this realization or intervention in crisis, as the work of God.”

In this Exodus passage, which religious Jews read and pray every day, our people Israel have also come through a crisis and experienced the dramatic intervention of God. This is but one of three aspects to spiritual experience of which this passage speaks to us. These might be termed three dimensions of faith encounter. Let’s look at each in turn.

The first dimension of faith encounter is the personal dimension: “This is my God and I will praise him!” We find the second dimension of faith encounter as we read in our passage that the people feared the Lord and believed in his servant Moses. It was not simply that individual Jews had a God experience. They had an experience in common. Here we see that peak experiences with God, those crises or times of apparent divine intervention, link us not only to God but also to others with whom we share a common experience. Thus, the people not only encountered God in a new way, they also encountered Moses in a new way, sharing an experience which forever bound them to each other in a new way as well.

Paul speaks of this communal strand in 2 Cor 5:16 when he says, “So from now on we regard no one from a worldly point of view. Though we once regarded Messiah in this way, we do so no longer.” For Paul, his experience with God transformed his attitude toward and relationship with Yeshua, and also with others.   It is true for us too: when we encounter God we link not only to God, but to a communal tradition—to others with whom we share a faith experience in common.

But there is a third dimension of faith encounter in our text which we must bear in mind: “this is my God, and I will praise him, my father’s God, and I will exalt him.” This has a lesson for us which many too often miss.

I am one of those Jewish believers in Yeshua who has become deeply aware that I have not only encountered the reality of God, and I have not only latched on to him and joined myself to some transgenerational community of Yeshua believers. I have also come into a new relationship with our father’s God—the God of my ancestors, and with the traditions of these ancestors. What I am saying is that if we Jews who believe in Yeshua are to have an experience like that of our ancestors at the Red Sea, we are going to have a renewed engagement with Jewish life, tradition and community. We must rediscover our ancestors as well as our God, because He has joined himself--and us--to them.

Let's summarize for a moment.

I am speaking here of a three dimensional relationship with God:

But think about it: how many Jewish believers in Yeshua do you know who claim a personal relationship with God, and who readily affirm connectedness to other Yeshua believers of various stripes, but whose Jewish identity is simply a matter of genetics and nostalgia. In other words, for how many Jewish believers you know would you get a blank stare if you asked them this question: ”How have you grown as a Jew lately?” If you don't get a blank stare, you are apt to get a stammered or defensive justification, that convinces neither yourself nor the friend to whom you are speaking. But being a Jew is not an identity to be claimed: it is a calling to be followed. And there is a difference.

Some people think they can have the first dimension of faith encounter without the others. These are people who claim knowledge of God, but who avoid communal affiliation. They think it is possible to have a personal relationship with God apart from a communal relationship with God, but this is a mistake. I’ll bet most of us have known at least one person lik this, who avoids “organized religion” and communities of faith, but who claim a personal relationship with God. I think many such people are either deceived or at least quite immature in that faith. Because God never makes us his children without making us brothers and sisters to others of his children.

We were not meant to experience God and grow in him in isolation from others. And if you are depending only on this dimension of faith encounter, that is, of personal experience, you are consigning yourself to superficiality and subjectivity. Yes you are.

Then there are second dimension people whose communal affiliation is something of an historical accident. They bloom where they were planted, and have learned set ways of justifying not simply their affiliation, but their disaffiliation from other aspects of their lives. These are the Jewish believers in Yeshua who go to XYZ church and simply say, “I never got much out of my Judaism,” never asking themselves if the fault way back then was with their level of engagement with Judaism rather than Judaism itself.

These people and indeed all of us need to rediscover that third dimension of faith encounter that our ancestors knew on the shore of the Red Sea,—the recognition that the God whom we have found, who has found us, is not only our God, and not only the God of other Yeshua believers, but also the God of our ancestors. We should sense a drawing or an imperative to somehow honor our connection with our ancestors, with their descendants, our fellow Jews, and with our covenantal identity. We should sense clearly a responsiveness to the Jewish past, a relationship with the Jewish present, and a responsibility for the Jewish future.  This is not a matter of chauvinism or ethnic pride and prejudice: it is a matter of remembering we are Jews and reconnecting with what that means.

One of my favorite Jewish mentor-leadership gurus is Rabbi Avi Weiss, who speaks of this Red Sea passage in words worthy of our attention:

A second approach is implicit in the first part of the sentence.  Here the Jews proclaimed, “This is my God, zeh Kei-lee,” the God with whom I have a very personal relationship.

Which approach is more meaningful and more critical?  Since both are mentioned, each has truth.  Indeed, when reciting the amidah, we similarly state that, “God is our God Elokeinu” and, “God is the God of our ancestors Elokei Avoteinu, Abraham, Isaac and Jacob.” Note the inclusion of both a personal relationship and a belief in God because He was the God of our patriarchs.

The sequence of these terms in both the biblical text and in the amidah shows us which approach has the most significance.  In both instances, God is first described as being a personal God.

An important educational lesson can be learnt here: It is not enough for parents to expect their children to believe simply because they believe.  Transmission of a belief in God to our youngsters is not automatic. What is most necessary is an atmosphere wherein a child comes to experience belief through sincere strivings and actions; not merely through rote approaches to prayer and ritual.

We must create environments wherein each next generation will likely discover God for themselves. But we and they must also reconnect with that stream of continuity which binds us to our ancestors, because he is not simply our God: he is the God of our ancestors.

Here at Interfaithfulness we value all three of these dimensions of faith encounter. If you are looking to deepen your relationship with God, if you are a Christian or Jew who wants to explore commonalities with other Christians or Jews, or if you want to connect more deeply with your own faith tradition in new ways, let’s talk.

Interfaithfulness: upgrading spirituality and relationships for Christians and Jews.

One comment on “Exploring Three Dimensions of Faith Encounter, or, How Have You Grown as a Jew Lately?”

Previous Post
« About Deepening Engagement with Your Communal Tradition

Next Post
When Jews Who Believe in Yeshua Become Anti-Judaism »