E Pluribus Unum, The Torah, and Reuniting the U.S.A. 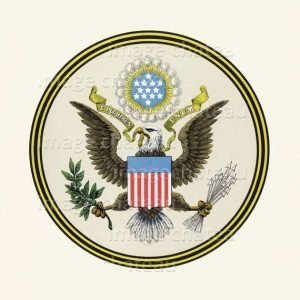 A question for you.

Do you know anyone who believes our country is becoming more unified?  Neither do I!  And we’re not alone!

At the time of the 2018 mid-term elections, three out of four voters polled reported our country is becoming more divided (see https://edition.cnn.com/2018/11/13/politics/2018-exit-polls/index.html).  And this year, a Pew Center study reported that 65 percent of those polled believe the country will become more divided in the future (see https://www.people-press.org/2019/10/10/partisan-antipathy-more-intense-more-personal/).

Lots of people find these divisions annoying, but how many realize how this divisiveness will corrupt the quality not only of our future, but also that of our children?

Early on, the Bible, (yes, the Bible), astounds us with a cogent analysis of the heavy cost of this political trend. We would do well to pay attention. Scripture's diagnosis and prescription begins with the story of the Tower of Babel, and it’s all about political hubris, something we know all too well from our current scene.

1At one time all the people of the world spoke the same language and used the same words. 2As the people migrated to the east, they found a plain in the land of Babylonia and settled there. 3They began saying to each other, “Let’s make bricks and harden them with fire.” (In this region bricks were used instead of stone, and tar was used for mortar.) 4Then they said, “Come, let’s build a great city for ourselves with a tower that reaches into the sky. This will make us famous and keep us from being scattered all over the world. 5But the Lord came down to look at the city and the tower the people were building. 6“Look!” he said. “The people are united, and they all speak the same language. After this, nothing they set out to do will be impossible for them! 7Come, let’s go down and confuse the people with different languages. Then they won’t be able to understand each other.” 8In that way, the Lord scattered them all over the world, and they stopped building the city. 9That is why the city was called Babel, because that is where the Lord confused the people with different languages. In this way he scattered them all over the world.

The bolded sixth verse highlights the endless possibilities inherent in people being united and and "speaking the same language." This refers to being able to both understand and to be understood. It means being on the same page, truly talking to each other rather than at each other or past each other. It is helpful to remember that this context refers to society-building. which is our concern as well.

Whether we’re talking about FDR and the New Deal, LBJ and the Great Society, Ronald Reagan and the City on a Hill, or Donald Trump Making America Great Again, none of this is possible apart from our citizenry being united in a capacity to listen and to be listened to, to understand the other, and to make ourselves understood. We need to stop talking past each other, to stop talking (or yelling!) at each other, and learn how to talk to each other. Only such a process can produce a consensus understanding,

Turning our societal impossibilities into possibilities demands that we arrive at a common way of talking about the challenges facing us. We need a common lingo.

Later in the Book of Genesis, Scripture speaks of two more contexts of the kind of unity that makes all things possible. One of those contextS concerns Dinah, the sister of the twelve sons of Jacob, who are themselves the progenitors of Israel's twelve tribes.

They discover that Hamor, the son of Shechem, a local leader, has had sex with their sister. However, he loves her and wants to marry her. The brothers, enraged at the matter, respond to this request saying

We couldn’t possibly allow this, because you’re not circumcised. It would be a disgrace for our sister to marry a man like you! But here is a solution. If every man among you will be circumcised like we are, then we will give you our daughters, and we’ll take your daughters for ourselves. We will live among you and become one people.

Here then is a second kind of unity necessary if we are to accomplish anything together, covenantal unity, what we might term a common bond.  Israelis refer to the United States as “Artzot ha-Brit,” (literally “Lands of the Covenant”). And indeed, we are the United States, a group of states bound together by a common covenantal bond. If we are to move into a future of new possibilities, we can only do so as we seek to uphold and actualize this common bond.

In addition to a common lingo and a common bond, something else is needed, something attributed to the Jews which could just as well be applied to these United States,

In the book of Esther, the anti-semitic conspirator Haman seeks to plant seeds of antagonism toward the Jews in the mind of Persian King, Ahasheurus.  Here is what he says:

There is a certain race of people scattered through all the provinces of your empire who keep themselves separate from everyone else. Their laws are different from those of any other people, and they refuse to obey the laws of the king. So it is not in the king’s interest to let them live.”

Here we see that what binds the Jewish people together is a common law. The same will be true for all Americans. We need to value and pursue unity not only through a common lingo (way of talking about our situation), and a common covenantal bond, remembering that we are the United States of America, but also through a common law. We must remind ourselves and one another that we are duty bound to uphold and obey the Constitution of these United States and the body of laws flowing from this document.

It matters not what our viewpoint or political party, nor which candidate we prefer. However, if we insist up upon distancing ourselves from one another, emphasizing how we differ, even stigmatizing one another, we will only create disaster for our country. If we cannot arrive at a common lingo––a common way of understanding our situation, if we cannot uphold our common bond as these United States, if we cannot uphold and submit to a common law grounded in our Constitution, then everything will be impossible for us.

I was no party man myself, and the first wish of my heart was, if parties did exist, to reconcile them.

Can we imagine that for ourselves? And if not, what then?

For a brief video summary of core ideas from this blog visit here.

Previous Post
« Three Questions For Those Who Seek God

Next Post
The Sunsets of Our Lives and Father Abraham »