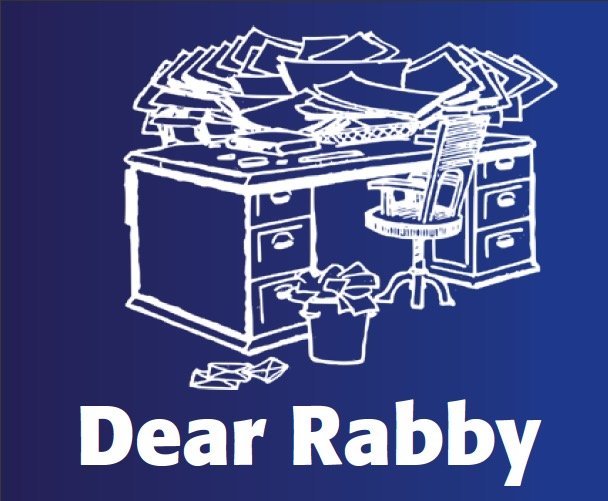 This letter and response is part of a weekly advice column featured in our Shabbat Home Discussion Guide, Shulchan Shelanu. This week's letter involves bigotry, how it looks, what it costs, and what Jews ought to do about it.

I hate to say this, but I think my step-father is a bigot. He is otherwise a good guy. He treats my Mom just great, he’s a veteran who loves her, his children and step children, and his country. But he always jokes about, and displays hostile attitudes toward non-Jews, and especially to people of other races who look different and speak different languages than he grew up with.

I have tried to tolerate his intolerance, especially for my mother’s sake, but it is getting harder and harder to maintain my cool. Frankly I don’t know what to do or what to say.

What would you say to him?

Please read what follows, written to fortify your own righteous concerns, and as a response to your step father.

In our society today there is a lot of clamor about foreigners, about undocumented aliens, and immigration, about border walls. There have been many reports of Asians being abused on the streets because of what some term “the Wuhan virus,” of people being told to go back where they came from because they speak Spanish or look foreign. There can be no doubt that xenophobia is on the rise in our society.

How shall the people of God respond? Historically, Jews have responded with alarm and with efforts to assist those being attacked and marginalized.

One of the reasons is the teachings of our Scriptures. For example, three times in this parasha (Mishpatim) God warns us about our attitudes toward and treatment of foreigners.

Exodus/Sh’mot 2220 (21) “You must neither wrong nor oppress a foreigner living among you, for you yourselves were foreigners in the land of Egypt.

Exodus/Sh’mot 23 9 “You are not to oppress a foreigner, for you know how a foreigner feels, since you were foreigners in the land of Egypt.

Exodus/Sh’mot 23 12 “For six days, you are to work. But on the seventh day, you are to rest, so that your ox and donkey can rest, and your slave-girl’s son and the foreigner be renewed.”

Another reason is our historical experience as Jews. We see this in the Bible. Our people are the perennial outsiders, and mistreated for it. As Purim approaches, to be observed on February 26, we should not miss how Haman defamed the Jews to the King: “Then Haman said to Achashverosh, ‘There is a particular people scattered and dispersed among the peoples in all the provinces of your kingdom. Their laws are different from those of every other people; moreover, they don't observe the king's laws. It doesn't befit the king to tolerate them.’” (Esther 3:8). This is why our Passover Haggadah reminds us, “In each and every generation they rise up against us to destroy us. And the Holy One, blessed be He, rescues us from their hands.”

Our repeated history as outcasts and pariahs has made and should make us Jews sympathetic to the rights and well-being of the strangers among us. Hundreds of thousands of Jews who could have been saved died in World War Two Europe because of American attitudes toward the Jews as strangers. My grandmother’s sister came to America as an illegal immigrant, across the Canadian border, because of American restriction of Jewish immigration. (She then became a citizen and lived to age 106!)

Perhaps a peek at American’s wartime President will be revealing. Here is Rafael Medoff writing in the New York Times, :

In 1923, as a member of the Harvard board of directors, Roosevelt decided there were too many Jewish students at the college and helped institute a quota to limit the number admitted. In 1938, he privately suggested that Jews in Poland were dominating the economy and were therefore to blame for provoking anti-Semitism there. In 1941, he remarked at a Cabinet meeting that there were too many Jews among federal employees in Oregon. In 1943, he told government officials in Allied-liberated North Africa that the number of local Jews in various professions “should be definitely limited” so as to “eliminate the specific and understandable complaints which the Germans bore towards the Jews in Germany.”

There is evidence of other troubling private remarks by FDR too, including dismissing pleas for Jewish refugees as “Jewish wailing” and “sob stuff”; expressing (to a senator ) his pride that “there is no Jewish blood in our veins”; and characterizing a tax maneuver by a Jewish newspaper publisher as “a dirty Jewish trick.” But the most common theme in Roosevelt’s private statements about Jews has to do with his perception that they were “overcrowding” many professions and exercising undue influence.

This attitude dovetails with what is known about FDR’s views regarding immigrants in general and Asian immigrants in particular. In one 1920 interview, he complained about immigrants “crowding” into the cities and said “the remedy for this should be the distribution of aliens in various parts of the country.” In a series of articles for the Macon (Ga.) Daily Telegraph and for Asia magazine in the 1920s, he warned against granting citizenship to “non-assimilable immigrants” and opposed Japanese immigration on the grounds that “mingling Asiatic blood with European or American blood produces, in nine cases out of ten, the most unfortunate results.” He recommended that future immigration should be limited to those who had “blood of the right sort."

I invite you to read Medoff’s article in its entirety. It is a lesson to us not only about the past, but also about the present, and the future.

Of all people, Jews should be the most sympathetic and supportive of the strangers among us. But this is not always the case.

And that is a shame, not only in my eyes, but also, in view of what our Torah says, in God’s eyes as well.

To get your free copy and to subscribe to Shulchan Shelanu, go HERE.

One comment on “Dear Rabby: I Think My Step-Father Is A Bigot”

Previous Post
« Chavurah Community After COVID – What Should We Learn From God's Time-Out?

Next Post
What is Empowered Judaism? And How Does It Compare With Today's Messianic Judaism? »