Daniel Boyarin Answers My Aunt, And Maybe Yours: Is Jesus a Goyishe Fraud? 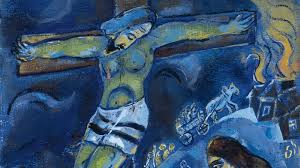 “Jesus was just a Jewish rabbi, and the New Testament was written hundreds of years later by overzealous followers who twisted the Jewish Bible and made him into a God in order to market him to a Gentile audience.”

That’s what my Aunt Dottie, of Blessed Memory, said to me when I became a Yeshua believer over fifty years ago. She not only said it: she believed it. And this is what many if not most Jews today believe about Jesus, the disciples, and the New Testament. In his bold and exciting The Jewish Gospels: The Story of the Jewish Christ, Rabbi Daniel Boyarin, PhD proves all of these views to be unfounded. Mark, the earliest of the gospels was written shortly after the AD 70 destruction of the Temple in Jerusalem, with the rest of the  Newer Testament  completed within a lifetime, and everything Jesus and the Apostles said, believed, and wrote was entirely within Jewish space. Those who reject believing in Jesus may do so because they don’t believe he was who he said he was, but no one can rightly reject Jesus because the message he preached and the claims he made are un-Jewish and alien. Actually, the opposite is true.

In the final chapter of his spell-binding book, Dr. Boyarin examines the idea of a suffering Messiah. My Aunt Dottie and the millions of Jews like her, considered this to be a deal-breaker. “Real Jews believe in a reigning King Messiah who will vanquish Israel’s enemies, rule over the nations, and bring peace on earth. Because Jesus did none of these things, he is absolutely not the Messiah, and this suffering Messiah bit is a Christian invention."  About a century ago, Professor Joseph Klausner gave the classic statement of this position, in words quoted by Daniel Boyarin:

. . . Because of the fact that the Messiah who had already come was crucified as an ordinary rebel afte being scourged and humiliated, and thus of was not successful in the political dsense, having failed to redeem his people Israel; because of the lowly political status of the Jews at the end of the period of the second temple and after the Destruction; and because of the fear that the Romans would persecute believers in a political Messiah, for these reasons there perforce came about the development of ideas, which after centuries of controversy became crystallized in Christianity.

In other words, according to this viewpoint, Christianity was a revisionist narrative crafted by losers who believed in a Loser Messiah. According to this narrative, the Newer Testament was written and the gospel was crafted to deal with two issues.  First how could the Messiah die if he was without sin? And second, he must have died for sins other than his own.  The 53rd chapter of Isaiah was co-opted as a handy foil for this scenario.

Boyarin repeatedly disputes this entire narrative. Here is just one of his statements:

This commonplace view has to be rejected completely. The notion of the humiliated and suffering Messiah was not at all alien within Judaism before Jesus’ advent, and it remains current among Jews well into the future following that—indeed, well into the early modern period.

When speaking of Messianic Jews like myself, and what we have to say on the matter, Boyarin startled me, saying,

Whether or not one accepts their theology, it remains the case that they have a very strong textual base for the view of the suffering Messiah based in deeply rooted Jewish texts early and late.  Jews, it seems, had no difficulty whatever with understanding a Messiah who would vicariously suffer to redeem the world.

Boyarin uses four avenues of approach to demonstrate the Jewish legitimacy of the suffering Messiah idea:

This is not the time or place to replicate his discussion. But in this chapter he deals especially with passages in the latter half of Mark where Yeshua self identifies as "the Son of Man."  Here are those passages in a bit of context. Mark 8:27-38 when he quizzes them at Caesarea-Philipp; Mark 9;12, just after coming down from the Mount of Transfiguration;  and Mark 14:62, in his trial before the High Priest of Israel. Here are the three passages.

Mark 8:27 And Jesus went on with his disciples to the villages of Caesarea Philippi. And on the way he asked his disciples, “Who do people say that I am?” 28 And they told him, “John the Baptist; and others say, Elijah; and others, one of the prophets.” 29 And he asked them, “But who do you say that I am?” Peter answered him, “You are the Messiah.” 30 And he strictly charged them to tell no one about him.

31 And he began to teach them that the Son of Man must suffer many things and be rejected by the elders and the chief priests and the scribes and be killed, and after three days rise again. 32 And he said this plainly. And Peter took him aside and began to rebuke him. 33 But turning and seeing his disciples, he rebuked Peter and said, “Get behind me, Satan! For you are not setting your mind on the things of God, but on the things of man.”

34 And calling the crowd to him with his disciples, he said to them, “If anyone would come after me, let him deny himself and take up his cross and follow me. 35 For whoever would save his life will lose it, but whoever loses his life for my sake and the gospel's will save it. 36 For what does it profit a man to gain the whole world and forfeit his soul? 37 For what can a man give in return for his soul? 38 For whoever is ashamed of me and of my words in thisadulterous and sinful generation, of him will the Son of Man also be ashamedwhen he comes in the glory of his Father with the holy angels.”

Mark 9:9 And as they were coming down the mountain, he charged them to tell no one what they had seen, until the Son of Man had risen from the dead. 10 So they kept the matter to themselves, questioning what this rising from the dead might mean. 11 And they asked him, “Why do the scribes say that first Elijah must come?” 12 And he said to them, “Elijah does come first to restore all things. And how is it written of the Son of Man that he should suffer many things and be treated with contempt?

Mark 14:61 Again the high priest asked him, “Are you the Christ, the Son of the Blessed?” 62 And Jesus said, “I am, and you will see the Son of Man seated at the right hand of Power, and coming with the clouds of heaven.”

As Boyarin's whole book has demonstrated, these are loaded terms, in many cases informed by Daniel Chapter 7 where we read of one like a Son of man, a divine being with a throne in heaven like that of the Father, who is connected with suffering "time, times and half a time." The use of the term Son of the Blessed [God] is a Messianic title, and Yeshua responding with the name Son of Man, in the context of Daniel 7, is a claim to Deity, and as Daniel 7 reminded us, sitting at the right hand of the Father,  and coming on the clouds of heaven. The clincher is that Yeshua identifies himself as "I am" and this, combined with the tiles that come together in these passages portray a Yeshua who is thoroughly Jewish, whose atoning death is thoroughly Jewish, whose claim to be the Messianic King who was often called the son of God is thoroughly Jewish, and even whose claim to be Deity in human flesh is thoroughly Jewish, part of the climate of Jewish debate in the First Century.

In conclusion, I close with two quotes and a reminder.

The first quotation is from Rabbi Boyarin:

Jesus claims to be the Son of God [a title for King Messiah], Son of Man [from Daniel 7, a Divine figure destined to rule the world], and indeed to be God himself [the "I Am"]. A statement such as that is not merely true or false; it is truth or blasphemy.

The second is a one from C. S. Lewis, a quote very similar to Boyarin's:

A man who was merely a man and said the sort of things Jesus said would not be a great moral teacher. He would either be a lunatic—on the level with a man who says he is a poached egg—or he would be the devil of hell. You must take your choice. Either this was, and is, the Son of God, or else a madman or something worse. You can shut Him up for a fool or you can fall at His feet and call Him Lord and God. But let us not come with any patronizing nonsense about His being a great human teacher. He has not left that open to us.

And finally, a reminder. Dr Boyarin has written a book that very much strengthens the case for Yeshua being the Messiah, and for his claims and the Newer Testament being thoroughly Jewish. In other words, he takes out of one's hands the disavowal of believing in him because to do so is so un-Jewish. However, Rabbi Boyarin is not a Messianic Jew. His book leaves us with only one real challenge. The issue is not "Were Jesus'1 claims and his attestations by the apostles Jewish?" Boyarin shows the answer to both questions is a resounding "Yes." Instead, the issue is this, "Is this particular Jew who he claimed to be, the Messiah-King of Israel, the God-man who suffered an atoning death for the sins of Israel and the nations?" Obviously, Rabbi Boyarin thinks this is not the case. You will have to supply your own answer yourself.

I strongly suggest you read Boyarin's book, and read the Gospels too against the background of the Older Testament. You might learn something!  Fifty one years ago I did just that, and the learning hasn't stopped yet!

10 comments on “Daniel Boyarin Answers My Aunt, And Maybe Yours: Is Jesus a Goyishe Fraud?”

Previous Post
« Did Jesus Come So Jews Could Eat a Cheeseburger?

Next Post
Jesus Reconstructed and Resolving Some Interfaith Tensions »