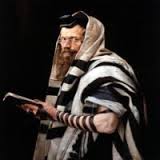 Borrowing my title from Malcom Muggeridge’s autobiography, today I write how, in the view no doubt of many, I have been wasting my time.

The biggest problem I suppose is that the hours I am wasting are my prime time each day—the early hours when my attention level is at its highest.

But I waste my time, every day if I can, doing two things that many would consider pathetic and pitiful. I read the Bible and I pray. And that takes about two hours out of my prime time.

What a waste! Well, if a man like me, PhD and all, is going to waste his time this way, I at least ought to give an account for myself: why am I doing this?

It’s not mental illness, as far as I can tell. And the voices in my head assure me I am completely sane (that was a joke folks. Laugh or I’ll kill you!)

No, it’s not mental illness. There are other reasons I waste my time in this way. Here are some of them.

I read at least ten chapters of the Bible each day, from ten different lists. In other words. I am always dipping into ten different sections of the Bible. It’s amazing how one sees cross-relationships in the text. So today for example, in Deuteronomy 27, we read of Moses directing the children of Israel to  “on the day you cross over the Jordan to the land that the Lord your God is giving you, you shall set up large stones and plaster them with plaster. and you shall write on them all the words of this law, when you cross over to enter the land that the Lord your God is giving you, a land flowing with milk and honey, as the Lord, the God of your fathers, has promised you. . . . And you shall write on the stones all the words of this law very plainly.” So here we have the children of Israel writing “all the words of this Torah/Law . . . very plainly.” But what was that? It couldn’t have been the whole Pentateuch. First of all it would have taken thousands of man hours to do so. Second, the entire Pentateuch, the Torah, wasn’t available yet. No, they were probably writing down the Ten Words, what we call the Ten Commandments.

But then, in the Book of Joshua, chapter 24, another place I happened to be reading today, as the children of Israel are fully taking possession of the Land and renewing their covenant relationship with God, we read, “So Joshua made a covenant with the people that day, and put in place statutes and rules for them at Shechem. And Joshua wrote these words in the Book of the Law of God. And he took a large stone and set it up there under the terebinth that was by the sanctuary of the Lord. And Joshua said to all the people, “Behold, this stone shall be a witness against us, for it has heard all the words of the Lord that he spoke to us. Therefore it shall be a witness against you, lest you deal falsely with your God.” Here, Joshua has a volume called “The Book of the Law of God.” We are not talking here of writing on plastered stones by in a book (no doubt a scroll or a collection of scrolls). This is decades after the death of Moses, but we can see that what we call Scripture is in the process of developing.

Now that’s an interesting thought, something that came up in today’s reading. I also read in the Book of Esther, and saw, as if for the first time, that Esther treated her cousin Mordecai with great respect. We read, “He was bringing up Hadassah, that is Esther, the daughter of his uncle, for she had neither father nor mother . . . and when her father and her mother died, Mordecai took her as his own daughter.” And when Esther was received into the place, “Esther had not made known her people or kindred, for Mordecai had commanded her not to make it known. 11 And every day Mordecai walked in front of the court of the harem to learn how Esther was and what was happening to her.” And later, when she becomes queen, still “Esther had not made known her kindred or her people, as Mordecai had commanded her, for Esther obeyed Mordecai just as when she was brought up by him.” What we find here is a Jewish cultural value of kavod (honor, respect), especially between generations. The older generation looks after the younger, as did Mordecai lingering outside the palace to keep an eye on Esther’s welfare, and the younger generation obeying the older generation. We don’t understand this, and it is one of the reasons we don’t always understand the Bible. In fact, one of the reasons Joshua became the leader of Israel after Moses was that he had spent forty years as Moses’ adjutant, during which time he was conspicuous in showing honor to Moses and to God.

These are the kinds of things I learn wasting my best hours in the morning, reading the Bible. Every day.

I also waste my time praying, using the shacharit prayers, the morning prayers perfected by Jewish devotion over thousands of years. I put on a tallit, a prayer shawl, and tefillin, commonly and mistakenly called phylacteries, affixing to my left arm and my head these boxes with certain Scripture passages in them, anchored with leather straps. What a waste of time. These boxes remind me of my covenant obligations to the God of Israel, like the plastered stones Moses wrote of, and the Book of the Law that Joshua wrote of. These tefillin remind me of my responsibilities as a member of a covenant people. And the prayers, comprised largely of Scripture quotations, remind me of who God is, of the allegiance I owe to Him, of his promises and His mighty acts of national deliverance, also providing me an outline of prayer texts, a kind of trellis upon which my own praises and prayers rise up to Him.

One reason I waste my time this way is that I need to pray. There are important things in my life that need the intervention of God, things that I cannot make happen and cannot change by myself. My problem is that I have begun to act like I really believe this stuff, so I pray for money for spiritual projects because the Bible says “Riches and honor come from you (God) and you rule over all.” When I read stuff like that in the siddur, the Jewish prayer book, quoted from 1 Chronicles 29, well, I am enough of a fool that I think I should take it seriously. And so I waste my time praying.

I am foolish enough to believe that just possibly, these events have something to do with how I am wasting my time.

I am so dumb I am going to continue doing it. In fact, I have plans to increase the time I waste with holy reading and prayer.

I am so stupid I even imagine some of you might want to waste your time this way too!  How can you be such fools?