Boundaries: Can They Change and Be Renegotiated? 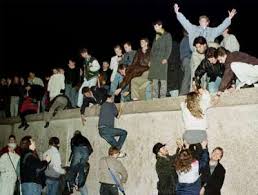 That’s what happened with Hasidism. As their leaders became more engaged in study, and as the threat of the secularizing Haskalah movement increased, Hasidism and its opponents, the mithnaggedim ["opponents"], closed ranks. And in more recent years, the devastation of the Hasidic communities during the Shoah made them to be more sympathetic figures to other Jews. Today, although not all would choose to be Hasidim, and although some might look down their noses in one way or another, generally, no one doubts their place as part of normative Judaism. What was taken as a given in the 18th century—the exclusion of Hasidism from normative Judaism is no longer a given today. And what is taken as a given today, the inclusion of Hasidism in normative Judaism was not always the case.

So what's the point? Three suggestions, a word of encouragement, a word of warning, and a word of advice:

One comment on “Boundaries: Can They Change and Be Renegotiated?”

Next Post
Son of God Doesn't Mean What You Think It Means! »