Being a Nominal Yeshua Believer: What It Means and What it Costs 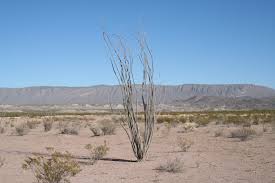 Last time we talked about being nominally Jewish as as JBY (Jewish Believers in Yeshua). But this time we are looking at the other half of the equation. What does it mean to be only nominal in your Yeshua-faith?  This is no merely theoretical question. As you we will agree after reading this posting, there are many Jews who believe in Yeshua who are only nominal in that belief, neither experiencing nor exhibiting the true meaning of the term "Yeshua believer."

The term “believer” is unfortunate when applied to Yeshua faith because it connotes "assent" or “agreement” rather than " trusting commitment" which is the real meaning of such faith. Reading the Scriptures in either Testament demonstrates that biblical faith is not agreement but rather allegiance, that is, loyalty and identification. Therefore, biblical faith, including Yeshua-faith, will be apparent just as one’s loyalty and allegiance to one’s marriage, family, people, or country will be apparent in one’s actions and responses. Again, it is trusting commitment, and indeed, it is commitment that can be trusted, as in a marriage rightly so called.

But let's cut to the chase. What is a nominal Yeshua-believer?  A person is said to be nominal in Yeshua-faith when that faith is stagnant rather than generative of spiritual vitality, when one’s lifestyle is inconsistent with submission to Yeshua’s teachings and authority, and when the individual avoids the stigma of being socially identified as a Yeshua-believer.  Let's deal with each aspect in turn,

The reality of the work of the Spirit of God in the Yeshua believer is a foundational given in Scripture. Both the Older and the Newer Testaments connect the activity of the Spirit with allegiance to Messiah, for which see, for example, Isaiah 11, Ezekiel 36-37, and John John 1:29-35; 7:37-39, and much more).  The clear record of Scripture and of experience demonstrates that Yeshua-faith initiates and sustains an ongoing deep encounter with the Spirit of God vitalizing and enriching one’s life and relationship with God. So it is that Paul can say,

To be a Yeshua-believer is to be his disciple, that is, to be his apprentice. Yeshua defined the term this way:

Yeshua took pains to make it clear that identification with him would be socially risky and even costly. It is remarkable that he was so perceptive in this regard at such an early stage in the Yeshua movement. He spoke strongly and hyperbolically on this matter, in order that his words would not be forgotten. This is typical of teaching in an oral society. One uses inflated language because it is graphic and easily remembered. But that hyperbolic language is meant to be taken seriously: it means something. See here:

“23 Then to everyone he said, "If anyone wants to come after me, let him say `No' to himself, take up his execution-stake daily and keep following me. 24 For whoever tries to save his own life will destroy it, but whoever destroys his life on my account will save it. 25 What will it benefit a person if he gains the whole world but destroys or forfeits his own life? 26 For if someone is ashamed of me and of what I say, the Son of Man will be ashamed of him when he comes in his glory and that of the Father and of the holy angels” (Luke 9).

This is strong stuff of course, and again, hyperbolic. But one thing is clear. He is calling for willingness to accept stigma and public identification (taking up one’s execution stake—dragging this to the place of execution marked one as a person without status in Roman society). This teaching calls each of us to battle against reflexive avoidance of such identification, that is, the tendency to be ashamed of such identification.

This call to identification is not a call to being a social boor, imposing one’s religious persona on all one meets. But surely, we must realize that biblically, faith is not a private thing. For example, Israel was absolutely called to live in a manner that attracted attention to themselves and to the God whom they served. No one can read the Torah and not notice that HaShem called Israel to be conspicuously his. For example,

“5 Look, I have taught you laws and rulings, just as ADONAI my God ordered me, so that you can behave accordingly in the land where you are going in order to take possession of it. 6 Therefore, observe them; and follow them; for then all peoples will see you as having wisdom and understanding. When they hear of all these laws, they will say, 'This great nation is surely a wise and understanding people.' 7 For what great nation is there that has God as close to them as ADONAI our God is, whenever we call on him? 8 What great nation is there that has laws and rulings as just as this entire Torah which I am setting before you today?” (Deut 4).

What is gained by such identification and what is lost by avoiding it? What is gained is a sense of security, of knowing where one stands because one has taken a stand. This eventuates in a certain confidence in one’s relationship with God. On the other hand, keeping one’s Yeshua faith under wraps tends to undermine the stability and maturity of that faith. It is as if such faith is a plant that only grows outdoors. If one keeps it in the house, the plant will die. Throughout the Bible, relationship with God is a reciprocal relationship. So we read, for example, “those who honor me I will honor, and those who despise me shall be lightly esteemed. (1 Samuel 2:30 ESV), or, “Whoever has my commandments and keeps them, he it is who loves me. And he who loves me will be loved by my Father, and I will love him and manifest myself to him.” (John 14:21 ESV).

The antonym to "nominal" is "committed." And committed Yeshua-faith will be manifest in consistently living out one’s identification with and one’s allegiance and loyalty to him as Israel’s Messiah. If you are a Yeshua believer, Jewish or not, you have a choice to make between being nominal and being committed, in the terms outlined here. Scripture is plain that mere nominalism produces a fruitless kind of life. Jeremiah compares such a person to a shrub in the desert planted in salty land. But or the committed person, that is the person of real faith, he says this:

“Blessed is the man who trusts in the LORD, whose trust is the LORD. He is like a tree planted by water, that sends out its roots by the stream, and does not fear when heat comes, for its leaves remain green, and is not anxious in the year of drought, for it does not cease to bear fruit.” (Jeremiah 17:7-8 ESV)

Yeshua compared such persons to branches connected to himself as the vine, saying, "I am the vine; you are the branches. Whoever abides in me and I in him, he it is that bears much fruit, for apart from me you can do nothing (John 15:5 ESV)."

Nominalism is easy. So is stagnation. So is being a spiritual couch potato. But in the end, where does that get you? Not very far.

Isn't it time you left nominalism behind? And if its not you, then surely you have friends whose Yeshua faith is private, stagnant, and from all appearances, just about dead. Perhaps you might want to gently share this with them. Not a bad idea in this season of renewal!

Previous Post
« What is a Nominally Jewish Jewish Believer in Yeshua and Does it Matter?

Next Post
The Torah's Goalkeeper: Seven Holes in an Argument Against Tradition »