An Inconvenient Truth: A Right Understanding of the One New Man 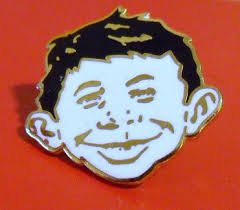 In a day when Jews and Gentiles who believe in Yeshua are thinking new thoughts about their relationship to one another, one of the concepts often mentioned is the “One New Man” of Ephesians, chapter two.  However this concept is often misunderstood and the label misapplied.

By way of definition then, the One New Man of Ephesians, chapter two, names a unity of two distinct communal realities living together not in uniformity, but rather in peace and mutual blessing. These two distinct realities are Yeshua believing Jews, living as Yeshua’s people in Torah-based Jewish piety, and the Church from among the nations, serving Him in their own contexts, apart from the requirements of Jewish piety.

When we speak of a unity, we do not mean a unanimity or a uniformity. While unanimity means every one in agreement, and uniformity means everyone being the same, unity connotes diverse viewpoints and different styles living together in respect, harmony and diversity. The miracle of the One New Man is that those who are and who remain distinct are enabled to live together in reconciliation, love and mutual blessing.

New Testament scholar Mark Nanos traces this to the Shema, “Hear Israel, the LORD our God is One Lord.”  The same God is Lord over all nations, not just the Jewish nation.  If one had to become a Jew to become part of the people of God, then God would in effect be the Lord of only one nation—but this detracts from His glory.  He is the Lord of all nations, and it is crucial that those of his people from other nations besides Israel, honor Him within the context of their own respective heritages and cultures, rather than imagining that the Jewish nation and culture is the only one He is prepare to bless.

Paul insisted that Gentile Yeshua believers should not become circumcised and seek to keep the Law: not because the Law has been abolished, or because it is bad in some way, but because obedience to God’s Torah is not God’s call and will for Gentiles, who nevertheless become part of the people of God through faith in Christ alone.  As Paul writes in his First Letter to the Thessalonians,  "you turned to God from idols to serve the living and true God, and to wait for His Son from heaven, Yeshua, who delivers us from the wrath to come." This is also why James expected Paul to model Jewish piety, but said he required no such thing of the Gentiles who have believed (Acts 21:24-25), and this is why the Jerusalem Council disputed long (“much debate,” Acts 15:6) before deciding that Gentiles did not need to be circumcised, and be required to keep the Torah. The dispute would never have happened if the Jewish Yeshua believers had themselves given up Torah observance, or if they viewed it merely as one option among many.  No!  The question motivating the dispute at the Jerusalem Council was this:  “Do the Gentiles need to keep Torah the same way we do?” (see Acts 15:1-21).

Rather than superseding the Jewish people, the Church from among the nations joins with them as part of the Commonwealth of Israel. Only in this way can the “dividing wall of hostility” – which supersessionism maintains – be removed.  Gentiles are no longer categorically outsiders to the community of God’s people. But if they were required to obey Torah and live as Jews, we would be perpetuating their categorical exclusion as Gentiles.   That categorical exclusion is over and done with through the work of Messiah! THAT is the middle wall of partition!

Together, the Messianic Jewish Remnant, living in the context of Jewish community and covenant faithfulness, and the Church from among the nations, constitute the “One New Man.” But this One New Man is created not through abolishing differences, but rather transcending them, bringing unity (not uniformity) between two communities that yet remain, and must remain, essentially distinct.

Although many translations have trouble expressing this nuance, the Weymouth New Testament gets it right: “His design was to unite the two sections of humanity in Himself so as to form one new man, thus effecting peace, and to reconcile Jews and Gentiles in one body to God, by means of His cross--slaying by it their mutual enmity. So He came and proclaimed good news of peace to you who were so far away, and peace to those who were near; because it is through Him that Jews and Gentiles alike have access through one Spirit to the Father.”  Commentator Markus Barth helps us understand the flow of Paul’s argument:

The new man is “one . . . out of the two.” . . . The new creation is not an annihilation or replacement of the first creation but the glorification of God’s work. . . .  Ephesians alone calls God’s covenant partner “one new man” and emphasizes that this man consists of two, that is, of Jews and Gentiles. . . . The incorporation of the Gentiles into Israel and the formation of one people consisting of Jews and Gentiles certainly does not mean that the Gentiles must become Jews, or the Jews  Gentiles!

We might add, and Barth goes on to explain, that Paul is not arguing for some sort of third race, as the second century Epistle of Diognetus suggested, whereby in the One New Man Jews are no longer Jews nor Gentiles, Gentiles. Precisely the opposite!  The glory of God is that he enables those who are and who remain essentially distinct to live together as the people of God, reconciled not only to Him but to each other, without either entity sacrificing their intrinsic distinctiveness.

Why then is a right understanding of the One New Manan an Inconvenient Truth?

Does this mean there is no place for Gentiles in the Messianic Jewish movement? That depends. The question is, are they running away from their own identities as non-Jews? Are they operating under the naive assumption that all the churches are apostate because "they do not celebrate the Feasts?" Are they there to learn Judaism lite? Are they there because they view Messianic Judaism to be an elite religion for the whole world?

If they are there for any of those reasons, they are in the wrong place and their presence is a hindrance, because none of those reasons have anything to do with God's calling upon the Messianic Jewish movement, to be a sign, demonstration, and catalyst of God's consummating purposes for the Jewish people.

But if they are genuinely there to advance THAT calling, then this is something else entirely.

Inconveniently I continue to ask THIS question of the Messianic Jewish movement: “What about the Jews?” it’s a good one. When it comes to how money is spent and plans are made in your congregations, is this priority a driving force? Or is that question an inconvenient truth?

4 comments on “An Inconvenient Truth: A Right Understanding of the One New Man”

Previous Post
« The Birth of a Slogan: Building Bridges Where History Builds Walls

Next Post
Proposal: That We Declare a Moratorium on Adversarial Evangelism: The Columbo Method »