About Deepening Engagement with Your Communal Tradition 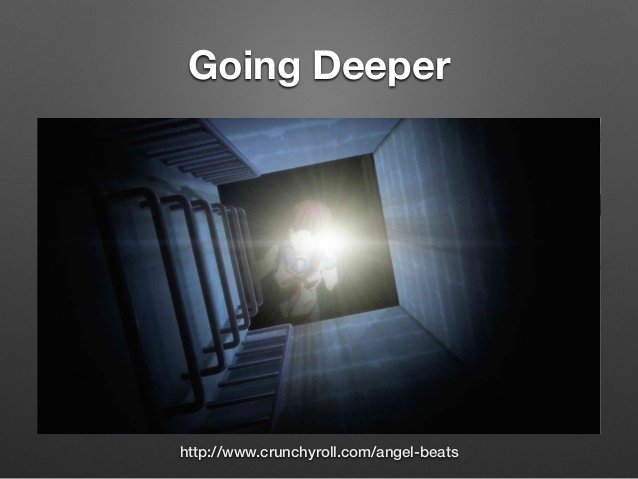 I have a confession to make: my respect for both Judaism and Christianity gets me in trouble with some people who call themselves Messianic.

This calls for some explanation.

What is now called the Messianic Movement, formerly the Messianic Jewish Movement, is nothing if not diverse. So people who make generalizations about the movement had better have a deep knowledge of its diversity, or they will, like the blind Indian men of that famous story examining an elephant, come to comically wrong conclusions that are the stuff of polemics but not truth.

Which brings me to one of the reasons why my respect for both Judaism and Christianity gets me into trouble with some people in—and around—this movement. Within and around this diverse movement there are quite a few people who believe the church to be fundamentally apostate (1) because they don’t celebrate the Feasts. (2) Because they don’t obey Torah. Such Messianics, who are not ALL Messianic believers, both Jew and Gentile, imagine that Messianic Judaism is in some way God’s elite religion.

Therefore they see themselves to be beneficiaries for two reasons: (1) They have fled to the Messianic Movement, and in so doing have escaped the contamination of the church; (2) They are now practicing a religion which right instead of wrong, anointed instead of apostate. You get the picture.

That God never required Jewish Torah obedience or the Feasts of Israel of the Church seems irrelevant,  bothersome, or questionable to such people. There are good people in the Movement seeking to make that plain, but preferences prevail. Don't they always?

On the other hand, some people in and around the Messianic Movement believe that Torah Judaism is a fruitless and expired path, that keeping the mitzvot of Torah is a waste of time, but “O.K. if that’s your style, but just don’t lay your trip on anyone else.” Some of these people downplay Judaism as “the religion of the rabbis,” and they worry about or even denounce Jews who live observant Jewish lives while claiming Yeshua as their Messiah. For such people, Judaism is a cultural artifact, but the pathway toward deeper relationship with God requires that we limit its influence in our lives. For such people our respect for Judaism here at Interfaithfulness is “a matter for prayer” or something about which they should warn others.

You will notice that on our Interfaithfulness webpage we talk of “Deepening (your) engagement with your communal tradition.” This means that we are perfectly happy with Christians being Christians and believe they should be loyal to their churches. We believe that both Judaism and the Church are the work of the same God. Here is how Scholem Asch, of Blessed Memory, expressed it seventy years ago:

Christian brothers as the spiritual children of Abraham, Isaac, and Jacob, but also because I see in pure Christianity an entirely justified share of faith in the God of Israel—through the Messianic idea—equal to my own Jewish faith. The preservation of Israel and the preservation of the Nazarene are one phenomenon. They depend on each other. The stream must run dry when the spring becomes clogged, and Christianity would become petrified if the Jews, God forbid, should cease to exist. And just as the spring loses its value, becomes spoiled and moldy when it has lost its mission and does not water the stream, so would Jewry itself become petrified, barren, and dry if there were no Christendom to fructify it. Without Christendom, Jews would become a second tribe of Samaritans. The two are one. And notwithstanding the heritage of blood and fire which passionate enmity has brought between them, they are two parts of a single whole, two poles of the world which are always drawn to each other, and no deliverance, no peace, and no salvation can come until the two halves are joined together and become one part of God (Scholem Asch, One Destiny, 1945).

Notice please that Asch preserves what many seek to ignore—that Christianity and Judaism are two works of the one God of Israel, “two poles of the world which are always drawn to each other,” and therefore they are not the same thing, nor does either trump the other. But this duality coexists with a God-given unity—these are two halves that are meant to be joined together—diverse but unified. This is what John Howard Yoder calls "two communities currently living in a state of schism destined to be healed." Asch also insists that Judaism needs Christendom, as Christendom needs Judaism. This is what Paul was talking about when he spoke of the One New Man—unity in diversity and diversity in unity, reconciliation, not blending.

Like Asch, we love Judaism and we love Christianity. We believe the Church is as truly the work of the God of Israel as  Israel receiving the Torah at Mount Sinai and awaiting the fulfillment of her final destiny in the fullness of God’s time is a work of God.

So if you are a Christian today, we congratulate you. We commend you and encourage you to help make your church community a faithful and always improving vehicle of God’s purposes in the world. And if you are a Jew today, mazel tov! We encourage you to believe that your life can be immeasurably enriched by going deeper into the faith of your fathers.  But there is more.

This goes far beyond the old clichés about him having a Jewish mother and having been raised in a Jewish home. This more Jewish Jesus loves Jews and Judaism, and is the executor of the final destiny and glorification of the Jewish people. This more Jewish Jesus enhances, affirms, and illumines the paths of both Judaism and Christianity, as we make our way to what Paul the Apostle calls “the fullness of Israel and the fullness of the Gentiles.”  And he does so without trashing either community.

Yes, we believe he is the Messiah, and we also believe that this is good news for Jews and for Judaism, because this more Jewish Jesus affirms both.

We like his style so much that we have made it our own.

We invite you to get to to know us as we embrace a more Jewish Jesus. You might just discover a lot else besides.

Previous Post
« What Are We Doing With The Fabric of Jewish Life?

Next Post
Exploring Three Dimensions of Faith Encounter, or, How Have You Grown as a Jew Lately? »