A Personal Rant About Torah Living [With More to Follow!] 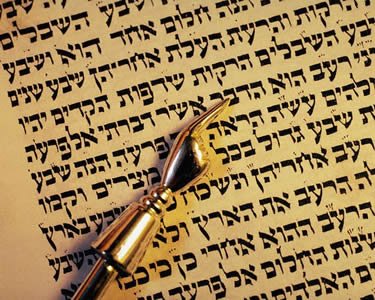 The following is something of a rant, growing out of some of the discussion I see on the Web and in the Messianic Jewish Movement about things that matter to me. This is one of my core areas of concern. Pardon me if I vent.

Obeying the mitzvot [commands of God] has nothing to do with earning "salvation." Rather it is the holy decorum which God taught to his people Israel, and which they have developed on that basis, as a means of showing respect for Him and for demonstrating that we are one people. Deuteronomy, the fourth chapter,  specifies that by keeping Torah in a manifestly unified but not necessarily lock-step manner we Jews demonstrate to the world that we are ONE people who honor the true and living God who made promises to our ancestors, sustained them, and who brought us up out of Egypt and gave us his Torah at Mt Sinai. Our unified obedience is meant to be a sign for His glory. As He says in Isaiah, "the people  [not the individuals] whom I formed for myself that they might declare my praise." [Isa 43:21]. See how the Torah makes this point:

5 See, I have taught you statutes and rules, as the Lord my God commanded me, that you should do them in the land that you are entering to take possession of it. 6 Keep them and do them, for that will be your wisdom and your understanding in the sight of the peoples, who, when they hear all these statutes, will say, ‘Surely this great nation is a wise and understanding people. 7 For what great nation is there that has a god so near to it as the Lord our God is to us, whenever we call upon him? 8 And what great nation is there, that has statutes and rules so righteous as all this law that I set before you today? [Deut. 4].

It is clear that our common obedience, that is, our obedience to God in a recognizable communal pattern, brings honor to God by calling attention to the One who gave us this way of life. And when we Messianic Jews take a pass on living a Jewish life, we detract from God's honor . That is the reason we should reconsider, and not "But what will I get out of it?"  Actually, you will get much, but that is not the point. We are a commanded people, who owe everything to the God who brought us up out of Egypt, gave us His Torah, and sent the Messiah to bring us into his eternal Kingdom.

Another way to look at this is to review my recent posting here where I develop the implications of the fact that we Jews are slaves of God. As slaves, the only question in every situation is "What does the Master want?" The halacha, the time honed communal discussion of how to live out God's commandments, gives us a way in which we may in each situation do what we do in a manner which demonstrates that we each view ourselves to be members of a people under command, for that's what slaves are. Paul freely speaks of himself as a slave, and reminds all of us that we are bought with a price [therefore, slaves and not servants] and that therefore we should glorify God in our bodies which are his [1 Cor 6], and not become the slaves of men because we are bought with that price [1 Cor 7].

Again, keeping Torah is not in any manner  a repudiation or a weakening of our faith and confidence in Yeshua, his atoning death, resurrection, ascension to the Father's right hand, and High Priestly ministry. What it is is the way that we Jews should as a people honor God in every situation of life as a people, something to which almost all of us are blind due to our axiomatic individualism and autonomy. Paul reminds us we are to present our bodies as living sacrifices which is our reasonable service of worship. Obeying G-d in every situation through the mitzvot done in love and faith and not in compulsion is a beautiful way to give ourselves to God, constantly and in every situation. In our circles, lots of people talk about giving themselves to God. The Jewish and biblical tradition gives us practical ways in which at every moment and in every situation we may concretely make that moment and situation to be not about our autonomy, but about His authority and our service to Him. Who would argue that this inappropriate for children of God, who are enslaved to Hm through bonds of love and gratitude?

The Prophets promised that at the end of time. God will bring the Jewish people to Torah obedience through the Spirit [for example, Ezek 36:27] and throughout the Messiah, [see Ezek 37:24]. Here are the references spelled out for you:

That many people are not ready to receive this, and for various reasons feel more inclined to be Torah/mitzvah avoidant does not detract from its truth and prophetic weight and inevitability.

As for unity of  practice, customs vary from place to place and group to group in Jewish life. But this takes place over a deeply substantial core of agreed upon practice. I am a member of the Messianic Jewish Rabbinical Council [MJRC] which strives to develop halachic criteria in harmony with Jewish precedent and in keeping with our identities as Yeshua's people.  We are clear that we are not legislating for others, but for those within our group. It is sad that there are people who think of this as an imposition, and prefer to live as the Book of Judges describes: "Every man did what was right in his own eyes." In our generation, many do not considered that an indictment . . . although God does.

One of the objections raised to all of this is, "Well, how do we know how to do things?  I mean, the Reform say this, and the Orthodox say that, and one Messianic congregation does this, and another does that, " etc.  I think these objections miss the point. The point is that Torah obedience is a communal matter, not an individual or idiosyncratic matter. It is to the Jewish people as a people that Torah was given. Therefore , in seeking to live it out, we should affiliate ourselves with congregations and community structures, like the MJRC, which take Torah seriously, in harmony with Jewish precedent. The communal structures should be sufficiently large and educated in these matters that their consensus is likely to embody wisdom.  And one ought to avoid schismatic groups that pretend or claim to be the purest of the pure, or to have some sort of lock on "the true Jewish perspective" on any of these matters. From such flee. They are accumulating power at the expense of other people's ignorance and/or good intentions.

There should be no great anxiety about "But how will I know if I am doing it right?" That is not the point. Paul said, "When I was a child, I talked like a child, I thought like a child, I reasoned like a child. When I became a man, I put the ways of childhood behind me."  This may be applied to halachic living. In the beginning of our attempts to walk a halachic life, we will be like children with childlike understandings and practice. But that is FINE, because that is the way things are in the beginning. It is like your six year old  child who draws a picture and brings it to her Daddy or Mommy. It would be a dolt of a parent who dismissed the child because the drawing was not good enough. The point of the drawing is to please the loved parent. Similarly, we walk the walk of mitzvot to please and honor God. But as we gain in experience , with communally honed knowledge and maturity, our understanding and practice should mature as well. If it does not, then something is wrong.  However, we can only begin as who we are , where we are. Let's be content with that and not be needlessly panicky about our level of performance. It is not about "how well am I doing?" but "for whom am I living?" And again, let us affiliate with leaders, congregations, and community structures that take these matters seriously from a base of education and experience, and not those that are subtly or even overtly claiming elite status.

I will rejoin these issues in the future, as they are central to what I am about and there is much more to be said.

But that will have to do for now.

Now go and argue about this 🙂

Next Post
Torah Tuesdays: Practical Lessons for a More Rewarding Life with God and with People »