A Non-Review of Paul, Apostle of Christ 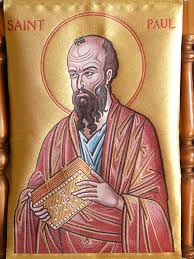 The word is out that the new movie, Paul, Apostle of Christ, is another post-Jewish/post-Judaism portrayal of first century Yeshua-faith. It reminds me of The Passion of the Christ, a profoundly upsetting movie in which the apostolic band had no living connection to Judaism, and the Judaism of the movie was a dead, fruitless religion run by a corrupt Jewish religious Mafia. It was a disgusting movie. The only thing it did well was portray the brutality of crucifixion, for which credit should be given. But it also crucified the reputation of Judaism. . . . again . . ., and for that reason I did, and do, hate the movie.

Now this new one, directed by Andrew Hyatt, with Jim Caviezel as Luke, James Faulkner as Paul, and a distinguished supporting cast.  I was going to see it, and even recommended it to my son. But then the reviews came in and told me this is yet another standard brand Christianity good/Judaism bad or just plain absent movie.

Can't stand it. If I DO go to see it, I will have to fortify myself. I will probably have to eat five boxes of Goobers while sitting there,  groaning.

So while I cannot really review the movie I have not seen, I thought to share with you a letter I wrote this weekend to an unnamed, profuse, but when it comes to Judaism, typically stereotypical Christian website. I am leaving it unnamed, because I am not here to defame Caesar, but to change him. So see the letter. It touches on the issues.

And groan a little with me

Reread this article and note how it represents the Jews. Is it positive or negative? It is typical of the way Christianity has become habituated to speak about the Jews--as the bad example of legalistic dead religion and xenophobia.

After fifty years of serving Christ among my people, the Jews, and with a PhD from Fuller Seminary, I can tell you this: this article is disheartening to me, disgusting to me, and sadly, not at all surprising to me or to any Jews I know, in Christ or not.

Just for the record. The incident in Acts 10 with Peter and his vision and his subsequent visit to Cornelius' house is NOT about food at all. Peter himself says, “You yourselves know how unlawful it is for a Jew to associate with or to visit anyone of another nation, but God has shown me that I should not call any person common or unclean. "  Two questions, HOW did God show him that?  Through the vision!  Was the message of the vision about food? No, it was about people!  In fact, Peter told the Lord on that rooftop that he had NEVER eaten anything common or unclean, and this is about ten years after Pentecost!

But this letter is not about food. It is about residual anti-Judaism in Reformed ranks, bordering on anti-Semitism. It is about why a Jew I know, who came to faith in Yeshua in NYC recently, and began visiting Redeemer Presbyterian Church, could not bear to remain there because of this kind of post-Judaism, post-Jewish Christianity. It is about the stumbling block that even well-heeled and well-educated Christians place before the Jews.

It is about the arrogance concerning which Paul warned the Roman gentiles three times in his letter. My letter is about sorrow, mine, Jesus', and I am sure Peter's, Paul's, and surely that of the Jews,  and it's about the church's continuing shame, even if the occasion of that shame is well-intentioned.

If you would like to talk more about these things, here I am. This email address, and this phone number 626-xxx-xxxx.

I am not angry. But at this time, Passover/Easter weekend, 2018, I grieve.

Yours, hoping for a gracious hearing, and reminding you that the One who is risen is still the King of the Jews, and the Son of David, something that Paul considered important, but the church, apparently not: "Remember Jesus Christ, risen from the dead, the offspring of David, as preached in my gospel" (2 Tim 2:8, ESV).

5 comments on “A Non-Review of Paul, Apostle of Christ”