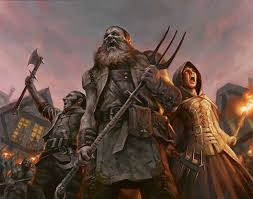 Here I am calling for some measure of humility from Christians who are quick and eager to generalize about Muslims and the Koran.  The person to whom I am responding was making global statements about the Koran, Muslims, and violence.  We have all heard such rhetoric.

In this response, I am calling for some sort of civil ethics that I find lacking in much discussion on this matter. This is something of an open letter. Perhaps you don't agree with me. That's fine. Perhaps I am wrong, that is also fine.  But I get rankled by certain things and sometimes I just have to speak up. This is one of those times.

Do you think it right for you and I as non-Muslims to presume to state opinions about what the Koran teaches and how Muslims in general interpret it? There are so many authors and pundits out there spouting hysteria about Muslims, selling big. There are plenty of Jews who discount the New Testament for similar reasons. Recently Rabbi David Wolpe of Sinai Temple in Los Angeles, one of the largest synagogues in the USA, wrote about why he could not believe in Jesus because for example, Jesus calls us to hate our mothers and fathers. Now you and I both know an answer for that, but doesn't he have the same right to quote from the New Testament and say what Jesus really meant as others do in writing about what Muslims believe about the Koran? And as for killings, hundreds of thousands, even millions of Jews have been killed by people brandishing crosses, often led by clergy. The Waffen S.S. had "God with Us" on their belt buckles.

Daniel Pipes who speaks articulately and with some authority on the dangers of Islamic Fundamentalism also says this:

Christians developed the abiding tropes of anti-Semitism, (such as greediness and ambitions to world domination), and historically Christians killed most Jews. Therefore, Jews regularly fled Christendom for Islamdom. In 1945, this pattern abruptly changed. Christians came to terms with Jews, while Muslims adopted both the old Christian themes and murderousness. Today institutional anti-Semitism is overwhelmingly a Muslim affair. One result has been a steady reverse exodus, with Jews now fleeing Islamdom for Christendom.

Notice please that Pipes is reminding us that for 1900 years Christians were the world's most efficient Jew-killers, doing so in the name of Christ. You will say that the New Testament didn't teach them to do that. This makes no difference, because the New Testament did not stop them from doing so either.

Now, you will say, "Well, these were not real Christians." Jews will not say the same. These people went to church, they had priests and baptisms and sacraments, and we cannot expect the Jewish people to draw delicate theological differentiations. The Crusaders killed Jews while singing Christ we Adore Thee. So by the same standards by which you are judging the Koran and Muslims, Jews judge the New Testament and Christians. My whole point is this: it is simply wrong for someone outside of a community to stand in judgment over that community's holy texts and its people on the basis of the carnage wrought by a minority of that community's members. You will say that there are Muslims who say what you are saying about the Koran's commands to kill the infidels, and its interpretation. And I will say there are Christians, like Martin Luther, and Saint John Chrysostom  and too many others to name, both ancient and modern, who called for the annihilation of Jews on the basis of the Bible.

I just want to call off the flaming torches and the pitchforks and call for a little humility from Christians who take an absolutist and alarmist and condemnatory approach to the Koran and Muslims in general while claiming the same approach to be illegitimate when Jews use it when judging Christians, and their sacred texts, while referring to the rivers of Jewish blood that have been spilled in Jesus Holy Name.

Next Post
Torah Tuesdays: Lessons for Living with Crisis and With the Passage of Time »