A Hearse, a Hurt, and a Hope 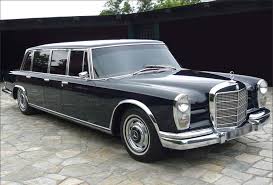 September 2, 1979. The seats are dark velvet and I stroke them with my hand, a kind of self-comforting gesture. Beside me sits my mother, married nearly 50 years to the man we just put in the ground, my father. It is summer in New York. And it is dark.

It was then that Mom shared with me something she had never dared say when he was alive, because Daddy was a proud man, a perfectionist, and volatile when sticky things were brought up. And what she brought up that day to me was one of her stickiest subjects. "I never felt accepted by his family."

The hearse. And the hurt.

Mom was the fifth of six Italian children, and one of only two of them born here, with the others born "on the other side." She was beautiful. She met Dad at work. She was a convert to Orthodox Judaism. Dad's family was strictly and brilliantly Orthodox. But after a fifty year marriage, her verdict was, "They never really accepted me."

A few years ago I asked my cousin, the oldest son of my father's only sibling, who grew up with my grandmother in the house, my father's mother. "Is it true? Did they not accept her?" "Oh yeah, we called her Herman's naarishkeit (foolishness)."

These were good people. Hard-working, religious people who somehow managed to send three children through Yeshiva, each to successful careers, one a world class Jewish scholar. But this didn't keep them from stumbling over the Stumbling Stone. At the root of Mom's unacceptablity was the fact that she was born one of "them," the "others," the people of the Opposition Jesus.

The Opposition Jesus is the king of the anti-Semites. He is the centerpiece of the "instead" religion. Persecution instead of peace. Grace instead of Law.  Jesus instead of the rabbis.  Church instead of synagogue. Them instead of us. With each side looking at the other's religion as in some manner naarishkeit. Foolishness instead of truth.

My parents were born over a century ago. But the Opposition Jesus still looms as the stumbling block in intimate relationships between Jews and Christians. Even when unmentioned and undiscussed, as in my family, intimacy in friendships, marriages, and families is overshadowed by the Opposition Jesus. The problems my parents and their families experienced long ago and far away are very much here and now and the shadow falls across the paths of every one of the 71 percent of Jewish marriages which today are intermarriages. And even those who fail to see the shadow will experience its chllling effect.

What can be done?  The solution is to open our eyes to something obscured by the fires, smoke, and cruel polemics of history. The answer is a More Jewish Jesus. .

Rather than living in the shadow of the Opposition Jesus everything can be transformed in the light of the More jewish Jesus, a reality we explore deeply here at Interfaithfulness. The More Jewish Jesus validates Jewish community, Jewish law, and Jewish values. This is no mere cliché "Jesus was raised in a Kosher home and was called Yeshua by his Jewish mother." This is Jesus of Nazareth, the King of the Jews.

It is ironic that Pontius Pilate, a craven, brutal, pagan politician, remembered what the church has generally forgotten and the Jewish community generally left unconsidered. He ordered that this placard be placed on the cross where that Jew was butchered: "Jesus of Nazareth: The King of the Jews." That's who he still is. He is not only the Risen Lord of the Church. He is and remains the Son of David. The end of all things will demonstrate him to be not The Opposition Jesus. No. The More Jewish Jesus will in the end prove to be Israel's saving Hero.

Don't kid yourself. Old paradigms die hard. It takes time, and effort, courage and sometimes professional assistance to become aware of how the Opposition Jesus overshadows your friendships and your families. Here at Interfaithfulness that is one of our specialites. It's not easy but it is terribly exciting. And everything changes with a More Jewish Jesus.

For that 71 percent of Jews who are intermarrying there remains a hearse someday, and from time to time a hurt. And take it from me, the shadow of the Opposition Jesus is chilling, and cannot be forever ignored. But all of that can be transformed by the Hope. The More Jewish Jesus.

If you want to know more, here we are.

One comment on “A Hearse, a Hurt, and a Hope”

Next Post
The Torah’s Goalkeeper: What’s the Bible About? (Part One of Two) »