A Brief and Mild Rebuke of Some Messianic Jewish Snark 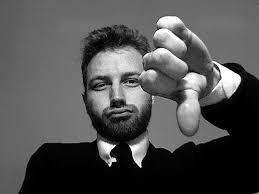 Guess what. Christianity is not a dirty word.

Some people, MANY people, have a naive version of Messianic Judaism which is really a kind or proof-texty hodge-podge of a personalist Torah orientation, AND they believe this to be an elite religion for the world in contrast to an "apostate" church which "fails to keep the feasts, or to keep Torah or the seventh day sabbath."

This entire viewpoint is naive and quirky. God did not give the Feasts (which the Jews never call them) to the Gentile world, nor did he give the Torah and its mitzvot to the other nations.

He says in Exodus 31:17 that the shabbat is his gift to Israel in particular as a covenant sign between himself and them, so rejecting the church for not keeping the seventh day sabbath is, at best, strange, and in all respects, uninformed.

And the Church is an institution in which God's Spirit has been at work for 2000 years. To write it off as apostate is cultic and proud. Period.

Messianic Judaism is a bewildered multitude right now. Only some are looking for and following a bona fide pillar of cloud and pillar of fire. Most are running off in wrong directions or just wandering around. We have no right to stand in judgment over anyone.

Sorry for the rant. But this is something that needs to be said. . . about once every three weeks.

Previous Post
« If You Plan Gatherings, Plan to Read This Book!

Next Post
New Directions, and the Foolishness of Following God »