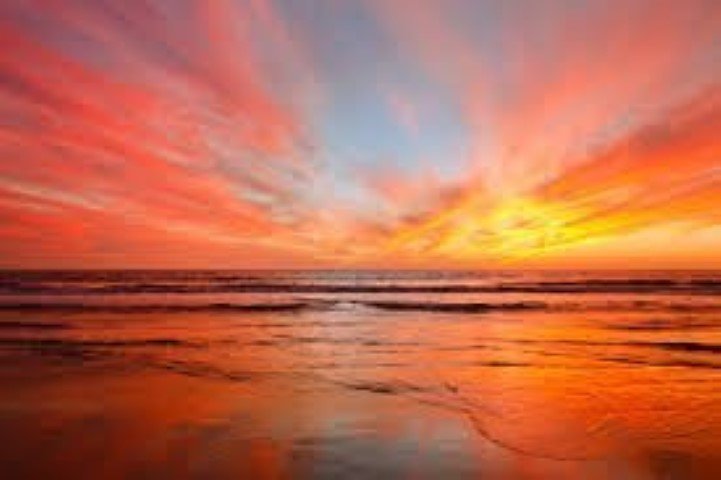 Yesterday, as dusk approached, I went for a walk with God in the fading California sunshine. We talked about one of his oldest friends: Abraham, whom the Bible calls “the father of us all,” not genetically mind you, but spiritually. Those of us who follow the call of the God of Abraham will find ourselves retracing at least some outlines of his life, even without realizing we are doing so. That’s how it is when God puts a little Abraham in you. Or maybe a lot.

On the tail end of the walk I reflected on one of my personal resemblances to Abraham: I am now the same age that he was when God told him,

“Get yourself out of your country, away from your kinsmen and away from your father’s house, and go to the land that I will show you. 2 I will make of you a great nation, I will bless you, and I will make your name great; and you are to be a blessing. 3 I will bless those who bless you, but I will curse anyone who curses you; and by you all the families of the earth will be blessed.”

He was seventy-five when he got that Divine nudge. And there I was, walking in the California sunset reflecting, “Seventy-five. Me too.”  And so it is.

Later that evening I was rummaging around on YouTube. I do it all the time. I bumped into a video of Sam Bailey, a woman who won the X-Factor competition in the U.K. in 2013. Wonderful, strong, emptional, dominating voice. One of her songs, “New York, New York.”  You know, the old Frank Sinatra song, “If I can make it there I’ll make it anywhere . New York, New York. I cried. (Here it is). Listen. (For New Yorkers, this is mandatory).

Here in my California sunset years I am gearing myself up, along with my wife Naomi, for a great leap eastward, back to New York City, from which I came to California fifty years ago. Expletive! That’s a long time. When I came here, I left behind a mother and a father who both died years later three thousand miles away from their only son. I don’t want to do that to my children. I figure I at least owe them the courtesy of dying within goodbye distance. Besides, like Abraham, I have a sneaking holy suspicion that he has work for me to do back there in that City that has never left me, despite my own departure fifty years ago. Just like the Blues Brothers, “I’m on a mission from God.”  But not simply just like them.  No, it’s also just like Abraham.

So what is the point? The point is when God speaks, you listen. When he nudges, you budge. When he tells an old man, or an old woman, or any of us at any age, to get going to a situation where about which he has not specified the details . . . in such situations, there is only one right response. Unless you’re Jonah. The only right response is you pack.

And regardless of whatever other trendy metrics people might amass to evaluate such actions, there is only one metric that matters.  It is this. Obedience is success.

And whatever sunset you find yourself walking in, listen for his voice and when he points in a direction, get going. Leave the details to Abraham’s travel agent. He’s been doing it a long time.